This enhances its resistance to many forms of deleterious attack, in particular:

The reactions between GGBS, Portland cement and water are complex. When Portland cement reacts with water, the insoluble hydration products (mainly calcium silicate hydrates) form close to the cement particle.

The more soluble product of hydration (calcium hydroxide) migrates through the pore solution and precipitates as discrete crystals, surrounded by large pores. When GGBS particles are also present, both the GGBS and Portland cement hydrate to form calcium silicate hydrates.

Additionally, the GGBS reacts with the excess of calcium hydroxide to form a finely dispersed gel, which fills the larger pores. The result is a hardened cement paste, which contains far fewer calcium hydroxide crystals and therefore has fewer large capillary pores.

The reduction in free calcium hydroxide makes concrete chemically more stable, and the finer pore structure limits the ability of aggressive chemicals to diffuse through the concrete.

Sulfates occur naturally in the ground and can sometimes have a harmful effect on concrete, causing it to crack and disintegrate.

The use of GGBS in concrete gives greatly increased resistance to attack by sulfates. This is well recognised by codes and standards, for example in the latest version of the British Standard for concrete (BS8500), the only option recommended as suitable for the most severe sulfate exposure (Class DC-4m) is a concrete containing at least 66% GGBS.

For this severe exposure, sulfate resisting Portland cement is not considered as having adequate resistance. The primary sulfate reaction that causes disruption of hardened concrete is associated with one of the minor compounds in Portland cement, tricalcium aluminate. This compound can combine with sulfate ions that have penetrated the concrete and form a calcium sulfo-aluminate hydrate called ettringite.

Ettringite occupies a volume greater than the original constituents and grows as myriad needle-shaped crystals that generate high internal stresses in the concrete and can cause it to crack and disintegrate.

Historically, ettringite attack has been prevented by using sulfate resisting Portland cement, in which the tricalcium aluminate level is limited to a low level. More recently, a second form of sulfate attack, called thaumasite attack has been recognised as a problem after the discovery of its effects on some M5 motorway bridges.

Thaumasite is a calcium silicate sulfo-carbonate hydrate, which forms at temperatures below 15°C by a reaction between cement paste hydrates, carbonate and sulfate ions. Its formation reduces the cement paste to a soft mulch. Unfortunately, sulfate resisting Portland cement offers no protection against the thaumasite form of sulfate attack.

As a result of its reduced permeability and increased chemical stability, concrete containing GGBS is resistant to both forms of sulfate attack. Detailed recommendations for avoiding sulfate attack can be found in Building Research Establishment: Special Digest 1:2005 “Concrete in aggressive ground”, and the recommendations of this digest have been adopted by BS 8500:2006.

Corrosion of reinforcement by chloride

Steel embedded in concrete is normally protected against corrosion by the high alkalinity created inside concrete by hydrated cement.

In such conditions, a passive layer forms on the surface of the steel and rusting is inhibited. However, if significant amounts of chloride are able to penetrate the concrete this protection can be destroyed and the embedded steel will rust and corrode.

Because of its finer pore structure, GGBS concrete is substantially more resistant to chloride diffusion than Portland cement concrete.

For reinforced concrete structures exposed to chlorides, the use of GGBS will give enhanced durability and a longer useful life. This applies in many situations, including highway structures (particularly bridge parapets), car parks subjected to de-icing salts and coastal environments. Generally the higher the proportion of GGBS, the greater will be the resistance to chloride penetration.

Alkali ions (sodium and potassium) are present in Portland cement. They are readily soluble in water and are released into the pore solution of concrete when the cement hydrates.

Here they can slowly react with certain types of silica in the aggregate to produce an alkali-silicate gel. In wet conditions this gel can absorb water, swell and exert sufficient pressure to crack the concrete.

In some cases the resultant cracking is sufficient to endanger structural integrity. The consequences of ASR can be severe and there is no reliable cure for affected structures.

Addition of appropriate percentages of GGBS is an effective means of minimising the risk of damaging ASR. Detailed recommendations are given in Building Research Establishment Digest 330:2004, “Alkali Silica Reaction in Concrete”. BS8500:2006 now refers to this digest rather than including specific recommendations for ASR.

By incorporating GGBS, the BRE Digest requirements to limit the reactive alkali content of the concrete are normally easily satisfied.

With normal reactivity aggregates and a GGBS at least 40%, the GGBS is deemed to make no contribution towards the reactive alkali content calculations. 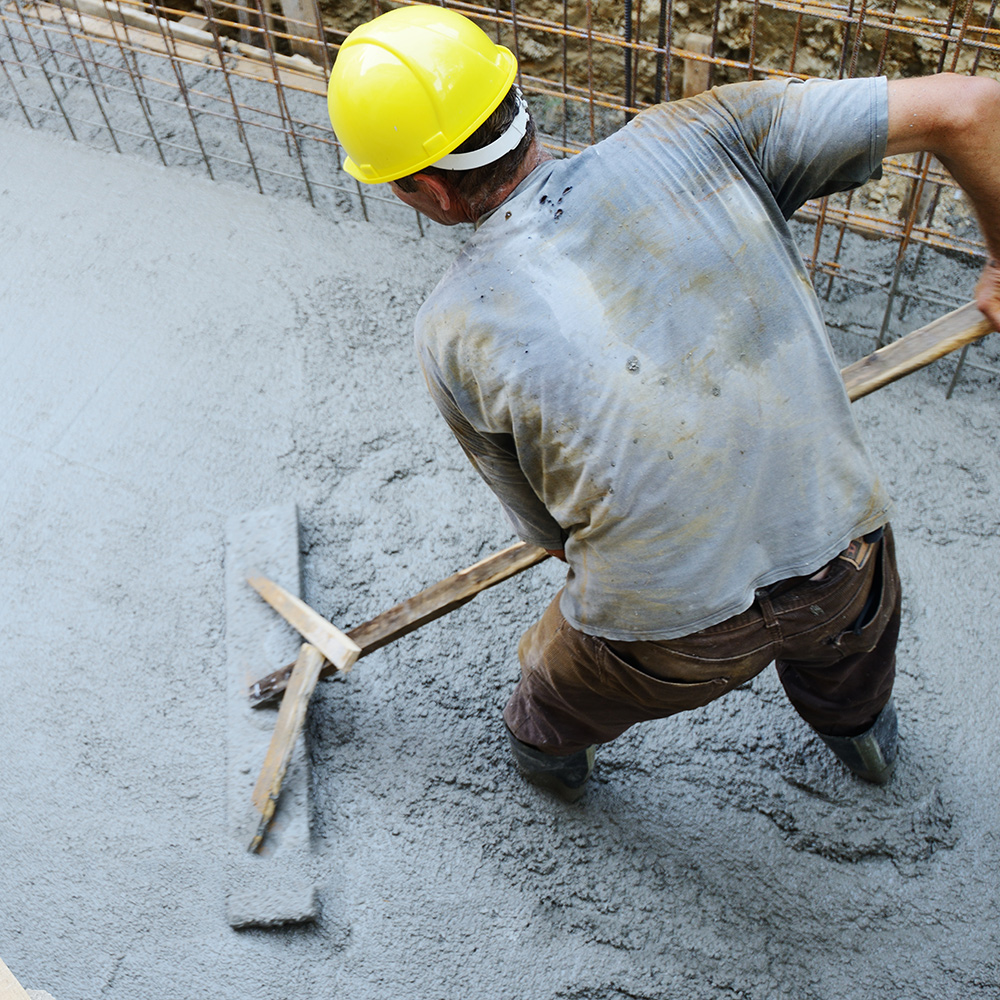